Review: The Last of Us Part II

I just finished and my God it is one hell of a game. Before I discuss the story and my feelings on it and all these review bombs. I wanna talk about EVERYTHING else.

The gameplay is very reminiscent of the first one and I mean VERY reminiscent. So much so that I had a hard time really seeing what they changed in the gameplay from the first to the second one. Thankfully, the gameplay is good and is fun, but you really have to grasp at things in order to draw differences between the two. You can go prone?  The AI doesn’t seem so stupid that you can just walk up to them before they see you and your partner’s AI seems to know how to get out of sight so you don’t have those times like in the first one where Ellie is just running around wildly while the enemies try to find where you’re hiding. The fighting feels more real than before with realistic animations when you or enemies are hit with weapons or bullets. The death animations frighteningly vivid with the blood splatters changing depending on what weapon they are hit with to the sounds they make when dying. Everything about the first game that made it feel so accurate is dialed up to ten, which is expected for a video game held to such a high caliber. It’s not perfect though. More than once I encountered glitches with textures or wonky AI phasing through walls or animations not quite lining up, but they weren’t so horrible as to ruin the immersion of the game.

The voice acting is top notch and not just from the main named characters but just the random NPCs you encounter to just the creepy grunts and gurgles of the zombies. The conversations characters have feel very thought out and they genuinely seem like they’re having a conversation instead just reading from a script. Even the grunts and death sounds sound different and realistic every time you shoot someone in the jaw and listen to them drown in their own blood. 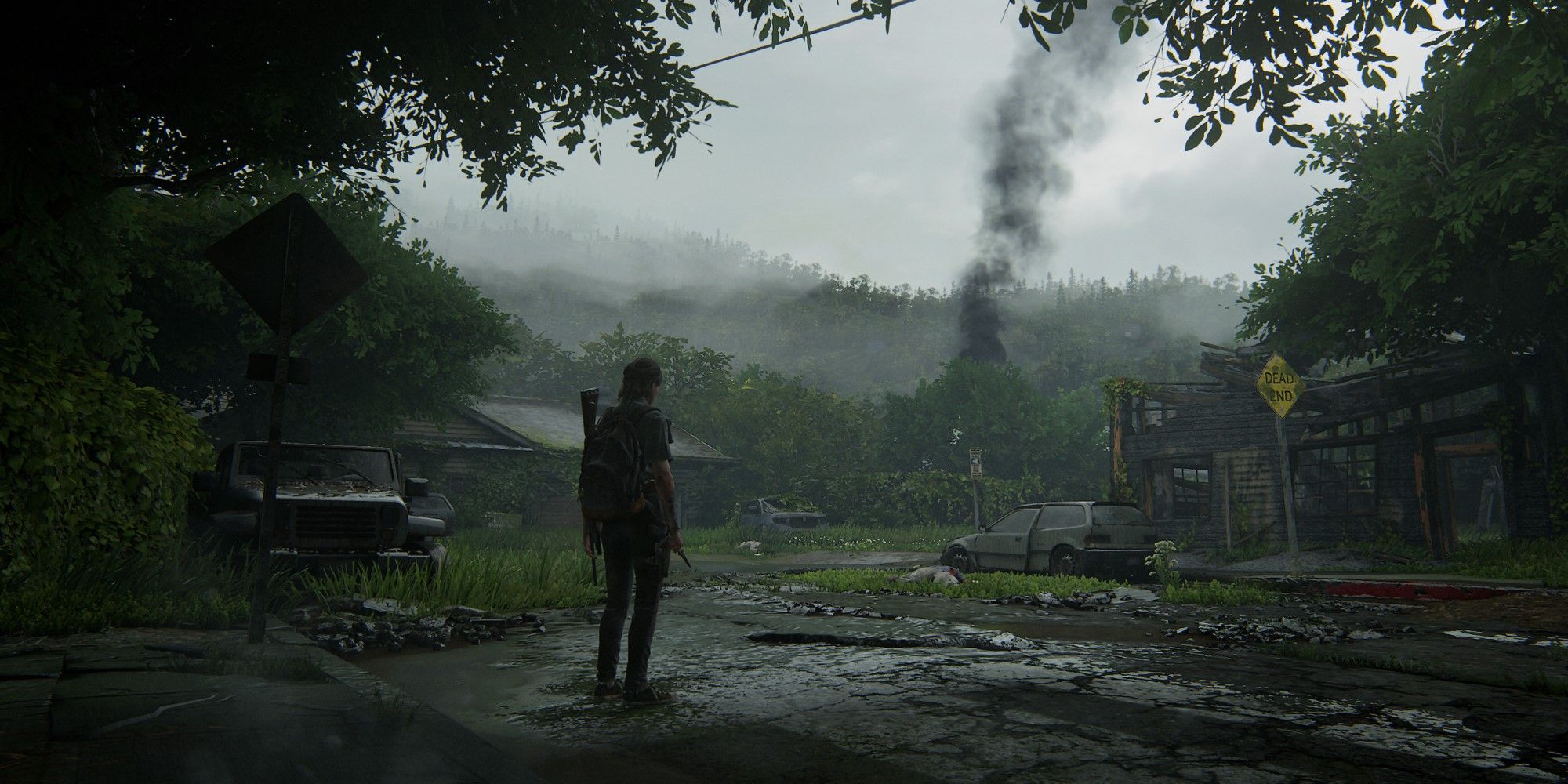 The world seems so vast yet every tiny area has it’s own little bit of story to it. There’s notes and pictures and bodies that give you context to everything around you. I found myself reading almost every note and picture I found just to really get a feel for the area I was in at the time and how this area came to be the way it was. The graphics look so ridiculously good that it’s hard not to just look at it in awe of how amazingly detailed every little thing is. From the small blemishes on a person’s face to large sprawling landscapes the game lays before you, everything looks so shockingly lifelike that it’s hard to believe that this is a video game and not a real-life movie.

Now onto the story and the review bombs. Before this game got to come out a good portion of this game was spoiled to a large part of the internet and without the context of the game I can understand where people can assume things that would make them not want to play the game. To that I say, play the game. It will change your mind on the story and how things fit together as the story unfolds in front of you. I can’t say that the story was perfect, there are some dialogue choices which are very cheesy and some parts of the story were very predictable. A few times I could tell that things are going to happen just by the way people are talking, but those parts are few and far between and I feel like a lot of the time the writers of The Last of Us just wanna see you mouth hung open and your hands on your head in shock because of how they drafted the story. It’s like they enjoy torturing their players. Multiple times the game makes you do something that you really, really don’t want to do, but you do it and you keep coming back for more. I wouldn’t say the game is a masterpiece and a work of art like a lot of critics did. It’s a video game, a good one, but still. I also wouldn’t say that it sucks or that the story is bad in anyway. Everything is well thought out and crafted so even the characters that you thought you would hate you end up having some sort of feelings for as you slowly go through these intertwined narratives. If you’re one of those people that didn’t want to play it because you think the story is bad and you don’t like what they do with some characters then go watch a Disney movie and eat your dinosaur chicken nuggets because this is The Last of Us, there is no semblance of happy endings and every good feeling is mixed with sadness and anger, but that’s not a bad thing. Life is complicated, things are not black and white. There’s always a different story to be told based on perspective and you shouldn’t always judge a book based on its cover. And to all those people that disliked it because they think the game is trying to push some kind of LGBTQ or liberal agenda, you’re wrong and also crazy. There are some narratives centered around the LGBTQ movement, but it never feels forced. They never shove it in your face or get uppity with they way it is presented. It’s just a way to push the fact that people should feel comfortable being themselves and that society shouldn’t hold people to certain norms. Also Ellie was gay in the first game in the Left Behind DLC and that was one of the highest rated DLCs to ever come out and it handled that well then and it handled it just as good if not better this time around.

As you could tell by now, I highly enjoyed the game and I think it is well worth at least one play through if not more. Is it worth 60 bucks? In my opinion, yes. Is it the best story ever? No, but it’s a damn good one. Is it better than the first one? I don’t know, it’s close at least. Please don’t let the bad press and shitty internet trolls keep you from giving this game a chance, it is an incredibly fun game with an extremely well-crafted story with very relatable characters. If you don’t pick it up right away, I would at least say get it when you can afford it because it will not disappoint. Anyway, That’s my opinions on this game. If you agree, let me know, if you don’t, tell me why you didn’t like it, if you don’t like the LGBTQ stuff go live under a rock because we don’t need that kind of negativity in the world, especially with everything going on right now. Have a good one guys! Peace!