Loot Boxes: The History Behind Them and How We Got Where We Are

Oh, Loot boxes, how we love to hate you. It wasn’t always this way. Triple A game companies didn’t use to have to scream from the mountain tops “NO LOOTBOXES, NO MICROTRANSACTIONS!” to get people interested in their games. How did we get here? Shit even South Park took time out of its busy schedule of mocking politicians and relevant news to expose how fucked up the loot box industry really is and how they use lights and sounds to trigger addiction responses in people’s brain to keep them playing and paying for more boxes, keys, spins or whatever the game entails. The way loot boxes are designed, they are made to find that one person that has money to spend and is easily addicted to the lights and sounds of the game and extracts as much cash from them as possible.

Let’s start with the history of Loot boxes and how they started their path towards total domination in every genre of video game industry. The first recorded instant of loot boxes were things called Gachapon tickets used in the Japanese version of Maplestory, a side-scrolling MMORPG in 2004. The tickets were traded in for random in game items that were normally earned by paying throughout the game world. Shortly afterwards the Chinese free-to-play game ZT Online (which was released in 2007) introduced a loot box system to combat the fact that most Chinese game players would either not buy games at full price or simply pirate them to play their games, so they introduced this system to make sure they would receive revenue on their base game. Shortly after the release of the game, the company the Zhengtu Network reported a revenue of over 15 million US dollars a month. This led to a large spike in games going free to play in Asian regions of the world with some kind of loot box system implemented in them, some more notable than others like the game Puzzle & Dragons, released in 2011 which was the first mobile game to use this same loot box scheme to reach over 1 Billion dollars in revenue in one year.

During this time, the Western video game companies started to take notice of this new trend and wanted to try this idea out in their games. It started out small with browser games like Farmville on Facebook. (Which started earning around 250 Million PER QUARTER) Shortly, after the success of those loot box tactics, the big game companies wanted to try their luck, with Team Fortress 2 going free to play and implementing a loot box system into their game in September 2010. The move quickly proved itself as valuable where the player base more than quadrupled in size and earned them mountains of money and many companies took notice. Counter Strike Global Offensive allowed players to not only buy skins with loot boxes but then also allowed players to trade skins amongst each other ( Which proved to be a bad idea that actually got them sued by a Native American tribe in Washington state) Electronic Arts included a new system into their popular FIFA games called Ultimate Team Mode which allowed players to create a team of soccer players base on trading cards that got from randomly generated packs that they could purchase with real money. EA then took this idea and transferred it to a well-known Single player franchise, Mass Effect 3, which is considered the full price game to offer loot boxes the day of launch. To be honest, when I played this online mode with all it’s loot boxes, I had a really good time. The mode was fun and the characters you could get from the boxes were unique and enjoyable to play, little did we know we were contributing to the overabundance of loot boxes that now infest our daily lives as gamers. 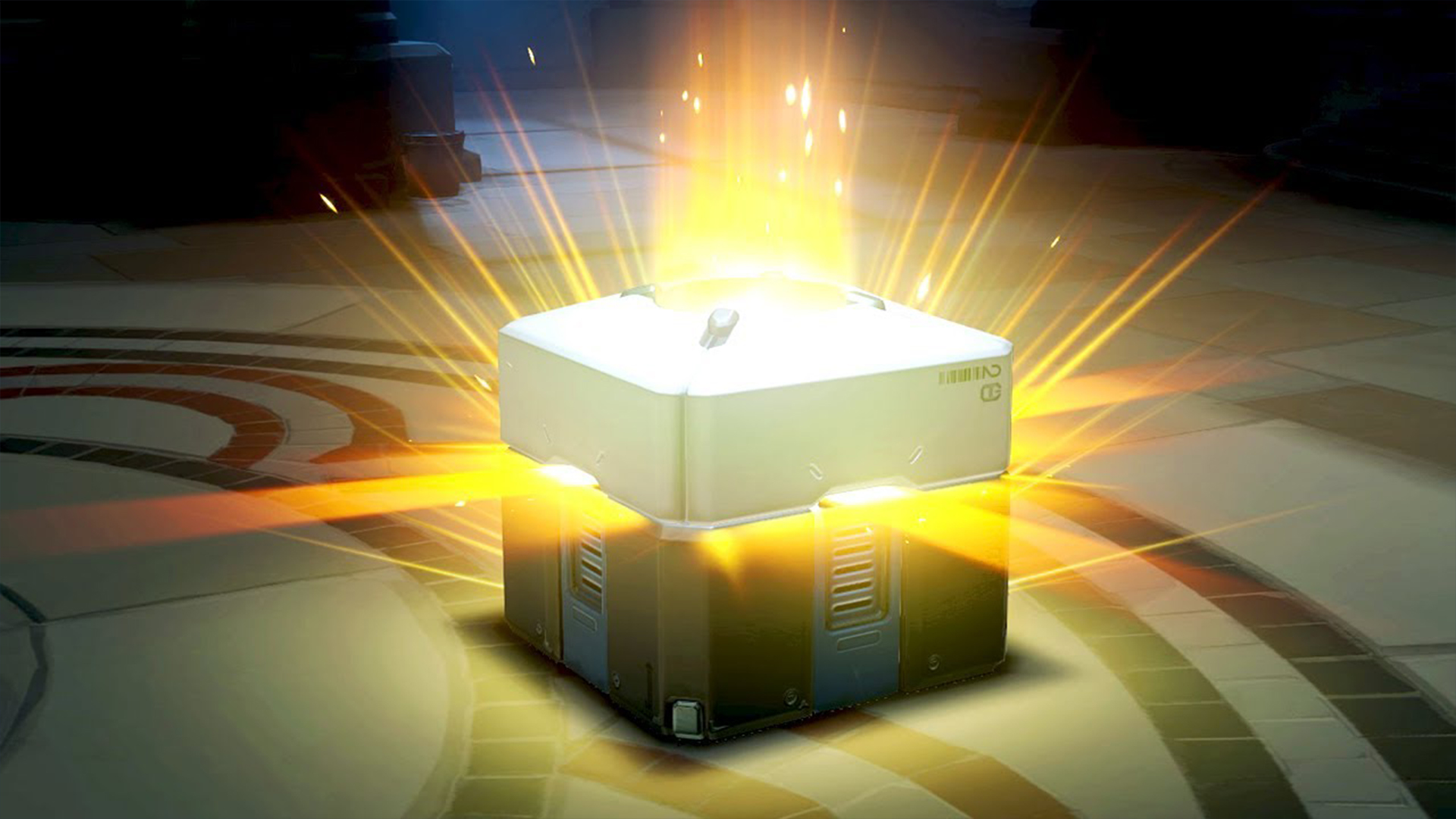 From there Loot boxes went kind of wild, popping up in every major franchise and enticing players to spend money to get new loot instead of just playing the game and earning them through normal means. Call of Duty, Halo 5: Guardians, Battlefield, League of Legends, Gears of War 4, and Overwatch, were all covered in this loot box junk and it started to take hold of the gaming industry. With no end in sight, loot boxes became more bold with how they were implemented like in the 2017 game Middle-Earth: Shadow of War, where the game was strictly a single player experience, but that didn’t stop the developers (Monolith Productions) from hiding the true ending of the game behind a 50 hour slog of repetitive gameplay that was shortened only by the purchase of in game loot boxes to give you stronger allies to defeat the increasingly difficult enemies you encounter. Shortly after that game came the infamous Star Wars Battlefront II in 2017. Where the loot boxes in the game not only allowed you to unlock characters that were widely popular with an arbitrarily high experience wall, but they also allowed you to get upgrades that would literally give you stronger weapons against people that didn’t have disposable income to waste on a game they already paid 60$ dollars for.  The game faced so much backlash from the use of these tactics in their game that they removed them entirely and changed the way that many countries view loot boxes and how they should be implemented in the gaming industry as a whole.

Now we have come full circle to the point where companies actually tell their fans that their game won’t have microtransactions as a selling point. The fact that game companies think that telling their fans “Hey we know you already bought this game, so we won’t try and gouge even more money out of you with items that should be accessible in the game in the first place. Aren’t we cool and progressive? You should give us some positive PR.” Games shouldn’t be marketed on what shitty money grubbing tactics the companies don’t use. That’s like going to an apartment complex and them saying in the orientation right before you sign the lease, “We also won’t charge you large sums of money in fees for things you legally have access to in the lease.” Well yeah, I hope you wouldn’t but when you say it like that it kinda makes me nervous about trusting you. Even with the added scrutiny of these systems in our games they are still more prevalent than ever. The latest Assassin’s Creed Odyssey which was well received was marred by the fact that the game was unnecessarily long and grindy and Ubisoft Implemented these things called Timesavers that allowed you to level up faster to progress in the game. If you’re game is so long that people are willing to spend money to make it less long and grindy just MAKE THE GAME SHORTER!!!! Another example is NBA 2k20 which received a slew of bad reviews after core mechanics of the game was taken out from previous titles and yet the loot box system in the game is still alive and well and receiving updates on a regular basis. Or Call of Duty Mobile’s system being exposed by a group of Youtubers as a rigged system that made sure that the most sought after items in their boxes were the last to be found after spending hundreds of dollars in their shitty loot box system. 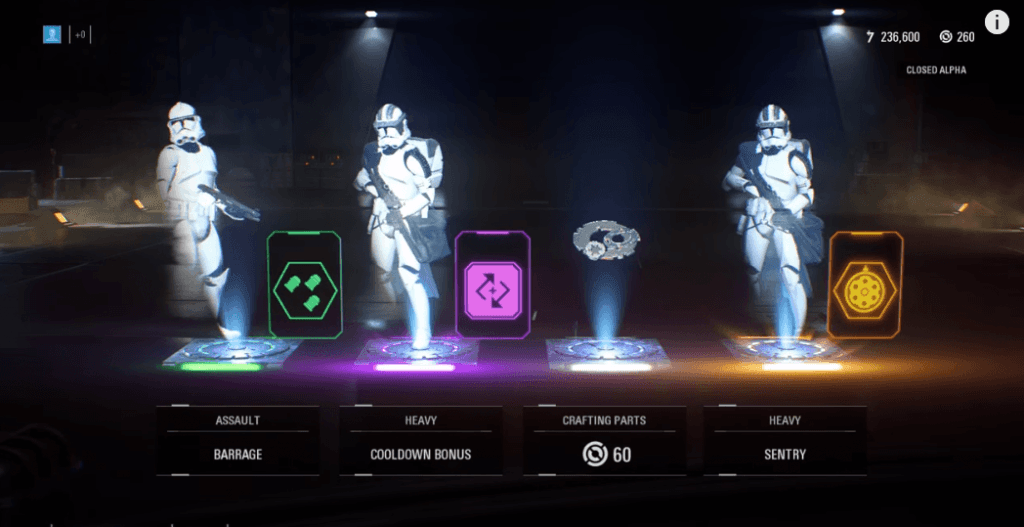 Loot boxes have made such and impact on the gaming community that even countries like the UK has decided to start looking into regulating them like gambling. The House of Lords in the UK parliament has suggested that loot boxes should be regulated. Does this mean we are going to see a crackdown on loot boxes? No, they just suggested that this should be done, and it was suggested in the House of Lords which isn’t the big name in the UK parliament. The House of Commons is the big group with all the power and there is still a whole lot of legal jargon they must go through to get things going, but it is at least a step in the right direction. We are not out of the shadow of greedy corporations yet, but they are definitely starting to feel the pressure. We just need to keep at it. All in all, loot boxes suck and it’s not your fault if you find yourself enticed by them, they are designed in that way to rid you of your hard earned cash in order to fill the lines of the multi-billion dollar companies and their power hungry CEOs. Just be careful what you spend your money on. Make sure when you buy a game you agree with how the company approaches monetization as a whole and stay safe out there! If you liked this or learned something, leave a comment or share! PEACE!