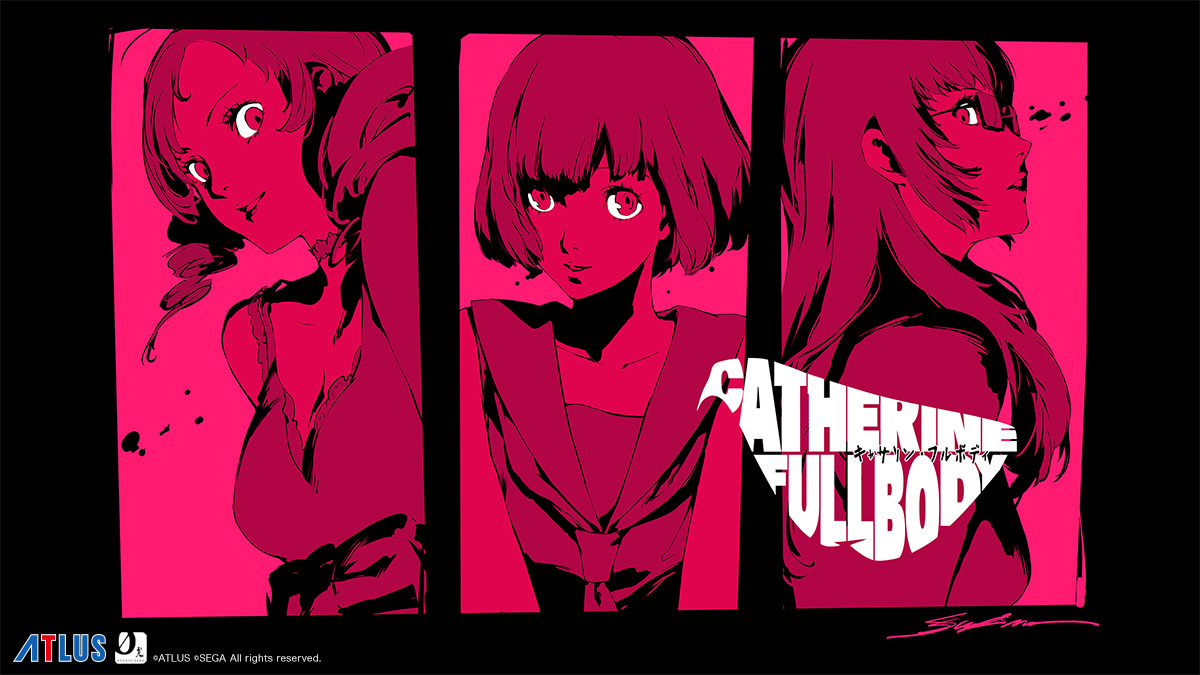 Catherine is a mature, action-puzzle, platformer, thriller-horror, story rich, anime game made by the company Atlus who is also the creator of the persona games and shin megami tensei. They also made trauma center which to that I say “OPEN THAT SHIT UP”

This game is probably one of the weirdest games I have ever played, and I absolutely love it. Nothing is off the table and every time you think you’re understanding it, it throws you for another loop. At one point you fight a giant ass monster with eyeballs and a tongue. 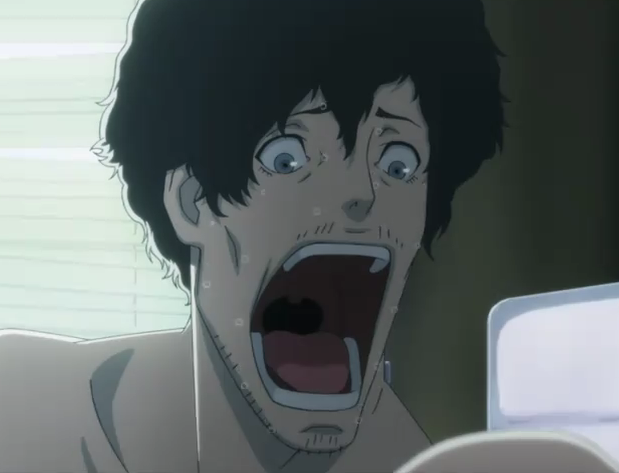 and who’s been dating his smoking hot girlfriend Katherine with a K for 5 years and just as she starts talking about marriage he ends up cheating on her with a crazy hot blonde chick also named Catherine but with a C. As this is going on Vincent is also plagued by nightmares where he seems to become a sheep and he has to climb these strange block towers as they slowly become harder and harder for him to climb and he realizes that if he were to die in his dream he will die in real life and that’s kind of a bummer. They even just recently came out with a newer remastered version of Catherine which was originally on the PS3 to the PS4 with a new character in the story to choose from that is added seamlessly into the storyline to give you even more variation on how the ending plays out for Vincent.

The cuts scenes are a mix of some hand drawn anime style shorts and 3d versions of those same character models. The soundtrack is mostly just well written piano ballads that fit so well into the gameplay and story that I really think it would throw everything off otherwise. The story is so enticing and messed up that you will be freaking out just as much as Vincent does as he gets put through more and more crazy situations. The gameplay is nothing like I’ve ever really played in a video game. Most video games fall under a certain genre of gameplay and you can generally get the idea behind it before you really get to play it, but this game really has nothing like it. It’s a very fun but challenging mix of Tetris and Qubert? The whole point is to move the ever-changing blocks into a path in order to reach the top and not die. There are boss fights, special blocks, items and random AI all there to either mess you up or help you get to the top. It is the weirdest but one of the more addicting types of games I’ve played. Not many things are more satisfying than making it to the top of the tower just before a giant chainsaw wielding robot baby cuts you in half and you get to yell “Suck it, you robot baby!” as it gets blasted by holy light and falls to it’s death.

There’s great replay value to this game for there are multiple endings and 3 different waifus you can choose by the end of the game and there are multiple people you can save, different game modes, and of course extremely hard varieties of the core gameplay that you can compete with other people’s online scores to see who can climb the fastest. So if you really like story driven games or you just want to get away from some of the monotony of the repetitive games we play today, where you shoot thing in face so it drops a weapon that you can use to shoot bigger things in the face. I would highly recommend you pick this game up and give it a try.

I hope you guys enjoyed my post and there’s going to be plenty more on the way as I continue to waste my life away playing video games. If you liked the post please lemme know and send a comment if there’s a weird but awesome game out there that you think hasn’t gotten justice to how good it was I will try and check out any suggestions you have for me! Thanks for reading!