Acclaim: The Craziest Video Game Company to Ever Live

Hello Internet! Today we are going to be talking about Acclaim. One of the craziest video game companies ever. From their humble beginning of stealing ideas from Atari and Activision to their not so subtle demise with their outlandish PR stunts. This one is going to be interesting. Without further delays let’s get right into it!

Acclaim got it’s start in New York in 1987 after its founders Greg Fischbach, Robert Holmes, and Jim Scoroposki left Activision. They took Activison’s idea of creating a company alphabetically ahead of their previous company like Activision did to Atari. Real quick I want to talk about Atari and how it was the hippies dream job. There were drugs and parties all the time and the workers could come in whenever they wanted to create their games. All was well in Atari until in 1983 they released a VERY heavily marketed game ET which was so bad that it literally caused a crash in the video game market that wouldn’t get picked back up until 1985 with the NES. I knew ET was bad, but I didn’t know it was topple an entire industry bad. Anyway, back to Acclaim.

Acclaim started out as a video game publisher. Meaning they didn’t actually develop many of their popular games, they would take these already finished games and create ports for them for home entertainment systems like the NES and the Gameboy. The Company really started to make waves in the 1990’s becoming one of the most profitable publishers in the industry with the profits rising above the hundreds of millions. They came to popularity with the help of licensing big names like the Simpsons and Wrestlemania and they continued to use the model of licensing big names to help sell their games for years to come. 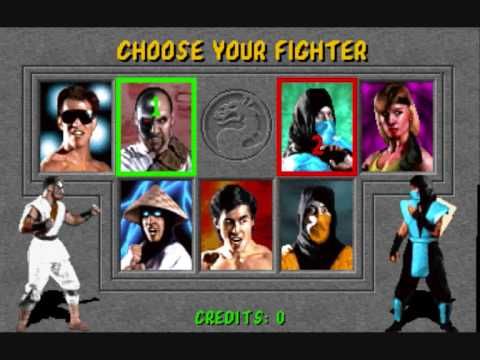 In 1993 Acclaim hit it big with their release of Midway’s Mortal Kombat on the home systems like the SNES. With that big money also came big attention to the video game industry as a whole. Parents were upset that video games, Mortal Kombat in particular, were becoming so violent that they thought it could be adversely affecting their children. Yes, Acclaim is one of the reasons why parents think that video games cause violence. There was such a big outcry for congressional oversight in video games that the ESRB was created in 1994 to help stop violent video games from getting into the hands of minors. Which totally worked and we definitely don’t have little kids playing games like Grand Theft Auto and Saint’s Row all the time or anything.

In 1994 NBA Jam was released by Midway and Acclaim published it to the consoles, and it became one of the most popular arcade games of all time, and subsequently creating the genre of sports games that are popular today. Fun story about NBA Jam. Seeing as how big the NBA Jam name had become Acclaim hatched an idea to steal the development rights from Midway. They sent a developer Greg Lassen, from Acclaim to work in the licensing department for the NBA in 1994. Since the NBA Jam name wasn’t fully owned by Midway, Acclaim sought to take over that name and make it their own. Greg somehow tricked the Midway leadership into saying they wanted to try new innovative things and in turn handed the name over to Acclaim whom took the NBA Jam name and ran it straight into the ground.

In 1995 Acclaim created NFL Quarterback Club which was one of the few games to try and compete with the Madden series and it had help from a big name in the Football announcer market, Marv Albert, who would later go on to lose his job as an announcer due to a very public and crazy sexual assault case. If you haven’t heard of Marv Albert, I HIGHLY recommend looking up his trail, it’s pretty crazy. The dude is a biter.

Regardless of the controversies, Acclaim made millions of dollars off those games and in turn purchased some big-name studios like Sculptured Studios, Iguana Entertainment and Probe Entertainment. They also purchased the exclusive rights to publish Taito’s games (The makers of Space Invaders) in the Western Hemisphere. They also created the first in house motion capture studio. Acclaim went on to create a bunch of big-name titles with licenses they have acquired over the years like Maximum Carnage, Batman Forever, and the Spawn Video game to name a few. Then in 1997 they hit it big again with the game Turok the Dinosaur Hunter which was an adaptation from a comic book company that Acclaim acquired in 1994 originally called Valiant Comics.

Shortly after these good times is where Acclaim found itself in a few finical binds. The first being that WWE abandoned Acclaim’s license with them in favor of THQ. Acclaim later partnered with ECW to create two games right before ECW went bankrupt still owing Acclaim millions in licensing fees. Then Acclaim had multiple PR stunts go south as all of them were poorly thought out and well for a lack of a better word, fucking stupid. Acclaim was also on the receiving end of multiple lawsuits, so let’s go through them really quick.

That is the sad end to our tale of Acclaim and their crazy tactics, and I hope you guys enjoyed this article and hopefully you learned something because I know I did. (I still don’t believe the Billbird thing, that shit is absolutely crazy) Or at least found these stories interesting. Now you know how not to run a video game company. Thanks for reading everyone and I hope you have a good day! Peace!